Report generation timing is essential for workload, workflow optimization and for prompt diagnosis in clinical settings. On average, US radiologists typically spend around 24 minutes reviewing a brain MRI and drafting a report [1,2]. That said, Neuroreader® reduces the time required to read an MRI from 24 minutes down to 10 minutes or less (by a cloud-based data analysis computer program). With advanced deep learning techniques, the computer program can visualize and quantify a large number of brain structures. Neuroreader® objectively analyzes DICOM images from MRI brain scans by comparing the patient’s brain volumes against a normative database with people of similar age, gender, and head size.  It measures and identifies atrophies of brain structures, such as the hippocampus, lateral ventricles, and brain lobes. 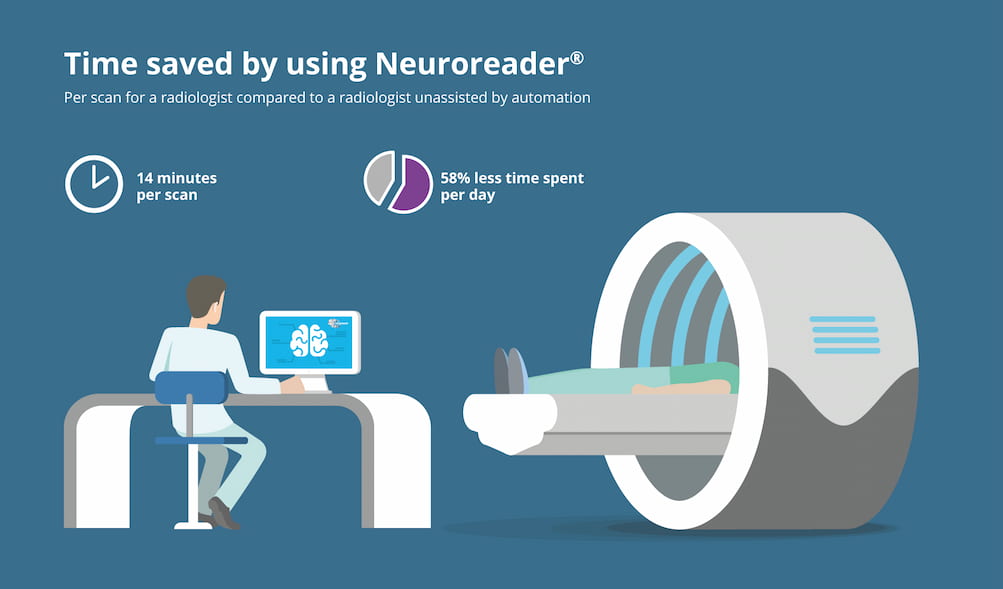 Neuroreader® helps reduce the time leading to diagnosis with 20 months

To study complex neurodegenerative diseases which involve atrophy of various brain structures, such as Alzheimer’s Disease, where a structural MRI visualizes the complete brain and is relatively sensitive to any changes in brain volume are essential [5], it can take about 20 months (European average) to get to a firm diagnosis due to the low prediction accuracy (60-80%) of current neurological assessments[6], while the same assessment by Neuroreader® is done in 10 minutes.

Success in clinical decision-making depends on highly accurate results – and not least speed, when attempting to detect the fine volume changes seen at the earliest stages of neurodegenerative diseases”.

As accurate as the gold standard – manual vs automated segmentation

Often, when discussing controls of cognitive impairment and neurodegenerative diseases in general, the dissimilarity coefficients are very high, typically around 88%. This number typically holds across all types of cognitive decline.

Currently, manual tracing of brain regions – especially the hippocampus – is considered the “gold standard” for volumetric quantification and is a crucial component of early detection of neurodegenerative diseases. Such work typically requires a trained tracer with anatomical knowledge of the hippocampus to hand-draw its borders on successive coronal sections and can take even an experienced physician anywhere from 30 minutes to 2 hours per patient.

With automated volumetric data of brain MRI, you gain insights where the atrophy is occurring in the brain, which specific brain regions are affected, and which are not, as well as the magnitude to which they are affected. Furthermore, it gives us information about the progression.

In comparison to manual hippocampal tracking, Neuroreader® can compute the volume of the hippocampus in less than 5 minutes and multiple structures of the entire brain in less than 10 minutes. 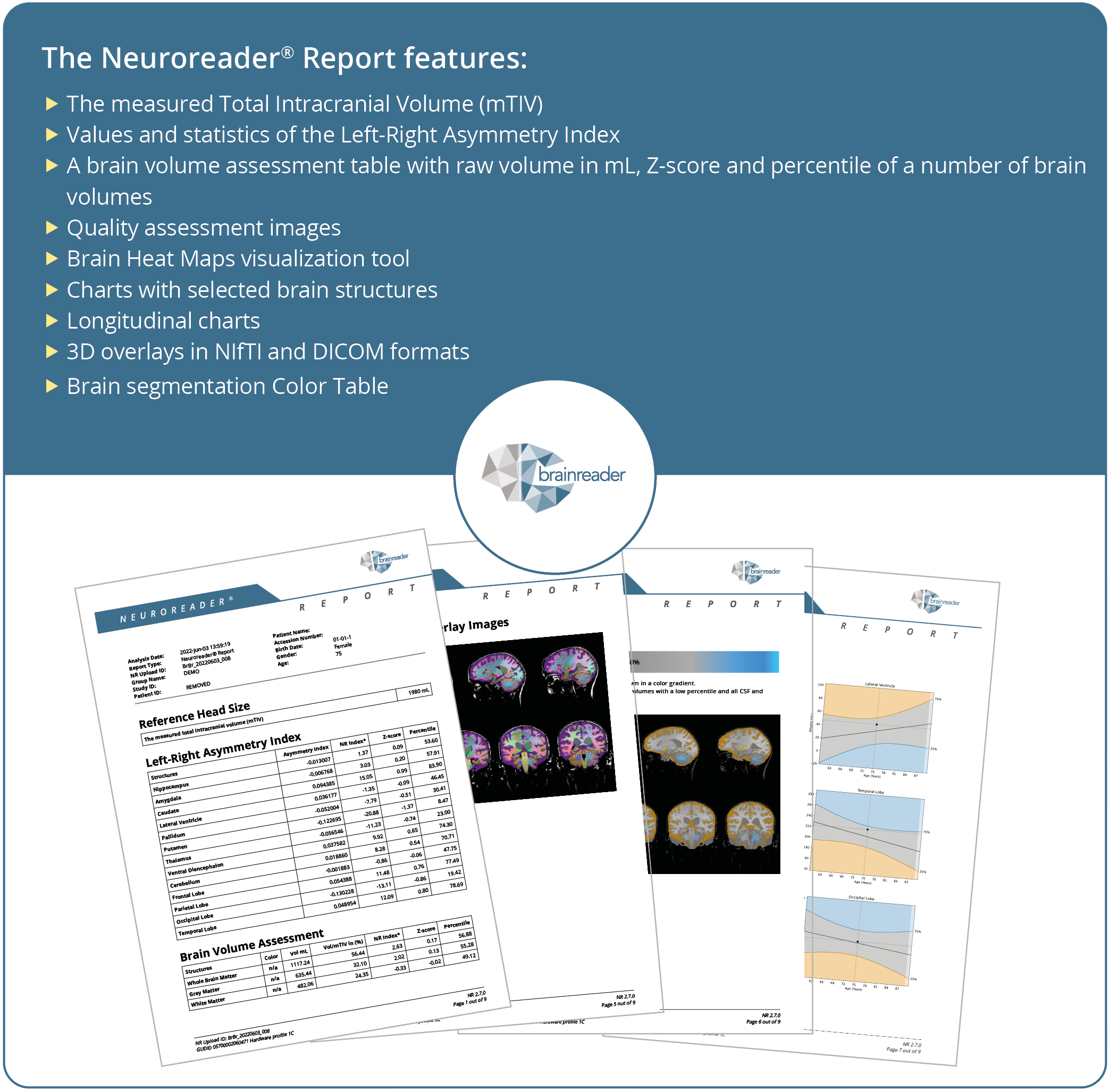