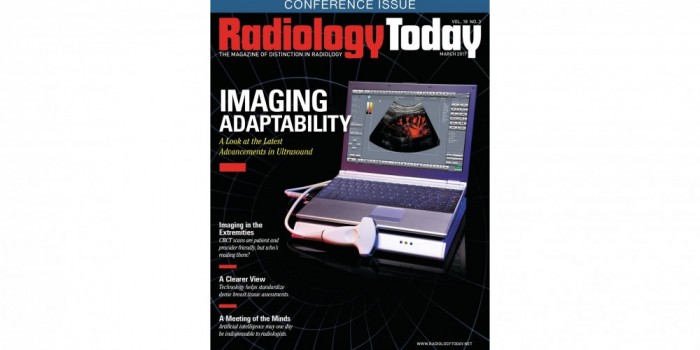 Imaging remains an important component of diagnosis for Alzheimer’s disease (AD) but traditionally has been limited to excluding “organic” causes of dementia such as brain tumors and strokes.

However, newer tools are able to extract additional information from brain MRI scans with quantitative analysis. The main tool being used at UCLA is Neuroreader, an FDA-cleared software program that computes the physical volumes of different brain regions on MRI scans. These volumes can be of entire lobes of the brain, such as the frontal lobes, or of specific structures, such as the hippocampus, known to be abnormal in AD. Neuroreader was validated in the computation of hippocampal volumes.

Unlike expert anatomical hippocampal tracings, which can take at least 30 minutes to perform, Neuroreader can compute hippocampal volumes in less than five minutes and multiple structures of the entire brain in less than 10 minutes. This allows for rapid quantitative information clinicians can use in tailoring their diagnostic and therapeutic approaches.

One example of this application at UCLA is the innovative approach to the care of memory loss disorders being done at the Cognitive Health Clinic (CHC), directed by the coauthor, geriatric psychiatrist David A. Merrill, MD, PhD. Initial assessments of patients include a combination of mental status examination, computerized neuropsychology tests, genomic-directed psychopharmacology, quantitative electroencephalography with event-related potential testing, and quantitative MRI volumetrics with Neuroreader. The imaging component is a key part of the initial assessment, not only for identifying hippocampal volume loss that is a key imaging feature of AD, but more importantly for identifying other potential causes of memory loss. The importance of this technology is pertinent, given the difficulty in identifying either cross-sectional or longitudinal atrophy.

Critical Assessment
One such case involves a 62-year-old man who came to the CHC convinced that he “has Alzheimer’s.” He had been experiencing progressive memory loss over several years and was worried that it was due to AD. An MRI of the brain showed no visually apparent structural or other abnormalities. Neuroreader analysis did not show atrophy in the hippocampus. This was important because it assured the authors that AD as a cause of his memory loss was very unlikely. In fact, all of the Neuroreader-measured volumes were normal with the exception of one structure. The cerebellum displayed abnormally low volumes compared with a normative database. On observing these volumes, Merrill asked the patient about his alcohol use, and the patient stated that he had consumed one bottle of wine per night for 15 years. This is important information because the cerebellum can shrink specifically as a function of chronic alcohol abuse.7 The patient’s cognition improved once his alcohol use was discontinued. In this case, quantitative imaging with Neuroreader was especially helpful in clarifying the etiology of the patient’s cognitive decline.

Another case demonstrating Neuroreader’s utility involves a 51-year-old former high school football player who sustained more than 900 blows to his head over the course of his playing career. One of these blows led to a loss of consciousness of at least 30 seconds. Plagued by subtle but progressive attentional issues that began in his 40s, the patient saw other physicians and was given medications for bipolar disorder and ADHD in an attempt to ameliorate his symptoms.

However, these approaches were not fully successful, and the patient continued to experience additional attention problems on neuropsychological testing. Neuroreader analysis of two MRI scans four years apart a showed a progressive gray matter volume loss of 14%, with the majority of these decreases occurring in the brainstem and ventral diencephalon. These findings are important because these regions are also implicated in the pathology of chronic traumatic encephalopathy (CTE), a neurodegenerative disease associated with blows to the head.8 While there is not confirmation of CTE in this patient, the convergence of findings raises the possibility of our identification of an MRI signature for the disorder. This is made possible by Neuroreader’s ability to measure the volume of nonhippocampal structures such as the brainstem.

Another aspect of this case relates to this patient’s hippocampal volumes. His first MRI showed a hippocampal volume of 9.02 cc, and his second MRI showed an increase in this volume to 9.49 cc, an increase of 5.2% in four years. The patient underwent MRI scans of the brain at both time points with the exact same scanner specifications, and Neuroreader’s variability between scans is less than 0.5%. Therefore, these results are not due to technical error. Additionally, while the patient had attentional problems, he did not exhibit memory loss. This may have been vital in helping him maintain overall neuropsychological function in the face of his other deficits.

Broader Applications
These findings, although seen only in one case, raise the possibility of using volumetric imaging not only to hone a differential diagnosis but also to track responses of the brain to different treatment and prevention regimens. There exists a compelling need for additional longitudinal and randomized clinical trials to further develop the value of this approach. However, if such trials are forthcoming, one could envision a future where individuals at high risk for developing Alzheimer’s dementia, either through genetics like APOE4 or lifestyle behaviors,9 can be scanned with volumetric MRI and quantified with Neuroreader to identify early atrophy and then track these regions as therapeutic or prevention regimens advance over time. For this to happen, geriatric psychiatrists will need to innovate a multidisciplinary approach for comprehensive care, and radiologists will need to work closely with psychiatrists to hone the imaging of cognitive disorders. UCLA’s CHC remains a model of this approach that can be applied throughout the country as the aging population continues to expand.

Imaging will remain an important component of this strategy, in terms of identifying persons at risk or early in the course of cognitive decline and tracking responses to brain rehabilitation programs.

One example in which this might display effectiveness is in a randomized clinical trial in which persons assigned to an aerobic exercise regimen experienced a 2% increase in hippocampal volume in one year along with improvement in memory function, compared with a passive stretching group.10 The importance of this study lies in its results and randomized clinical trial design, providing very strong evidence of a causal relationship between a lifestyle behavior—in this case physical activity—and improved brain structure and memory function. Such results were shown with volumetric MRI. Studies currently under way are combining physical exercise with dietary improvement and/or cognitive training regimens.

Additionally, it is important to note that obtaining a volumetric MRI remains part of the standard of care in working up memory disorders.1 While volumetric MRI is not yet recommended as part of this standard workup, it can easily be applied to preexisting scans to add value in ways similar to the cases described in this article. Ordering a volumetric MRI requires simple but specific instructions, mainly writing in order comments to “obtain a 3D MPRAGE or SPGR.” This informs the MRI technologist to acquire a fully volumetric sequence that allows for Neuroreader analysis.

With respect to cost, a Neuroreader analysis per scan costs about $70, and this is reimbursable by insurance with the CPT code of 76377. Also, no contrast agents are required for a Neuroreader MRI, an especially important consideration in elderly persons with renal failure. Additionally, MRI scans involve no radiation and are cheaper in cost at around $437 compared with a PET scan that can cost nearly $3,000, in some cases.11 This does not imply that PET scans lack value nor does it mean they should not be used, but it does reinforce the concept of MRI as a first-line modality in memory loss and the need to extract as much information from this technique as possible, a function that Neuroreader is critical in providing. In terms of overall cost, Neuroreader MRI holds the promise of accurate diagnosis, an important cost consideration as the price of a misdiagnosis of AD ranges from $9,500 to $14,000 per year.12

Nailing the Diagnosis
When brain volume is higher, it suggests improved neuronal health. When brain volume declines, as in the case of AD, it is due to neurodegeneration.13 In that case, brain volume declines due to a combination of neurons dying and surviving neurons being reduced in size. This process of brain atrophy can be detected on MRI with quantitative methods up to 10 years before the onset of actual symptoms.14 Thus, assessments of brain volume with a program, in this case Neuroreader, is a key approach toward identifying individuals at risk for AD.

Conclusion
From an evidence-based medicine perspective, MRI volumetrics as applied to neurology and psychiatry offers the best evidence in terms of the number of systematic reviews. Research applying Neuroreader like volumetric algorithms had 241 systematic reviews published between 2001 and 2010,15 accounting for 28% for the total number of radiology and nuclear medicine systematic reviews written in this time period. However, while the clinical evidence is present and FDA-cleared software exists, the actual clinical application and guidelines lag behind. Thus, the opportunity for collaboration between geriatric psychiatrists and neuroradiologists holds the promise of continuing the advancement of neuroimaging in psychiatry.

— Cyrus A. Raji, MD, PhD, is a clinical neuroradiology fellow at the University of California, San Francisco with 10 years of experience in research on neurodegenerative disease.

— David A. Merrill, MD, PhD, is an assistant clinical professor of psychiatry at UCLA Health Systems and the founder of the Cognitive Health Clinic.