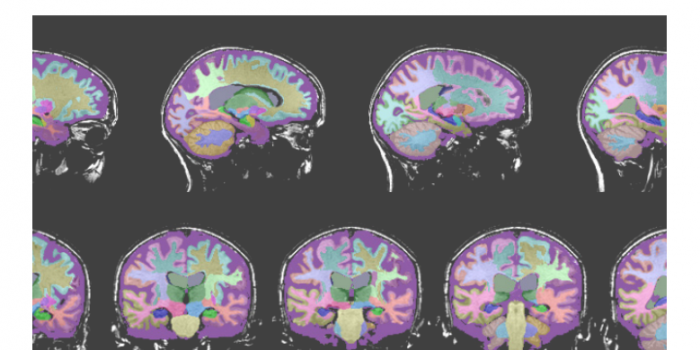 Brainreader has developed an assessment tool for healthcare professionals that speeds up the processing of MRI scans and provides a simple patient report that is compared with a healthy database. Dr Cyrus Raji, Neuroradiology fellow at the University of California San Francisco, discusses why Neuroreader® software is such a vital diagnostic tool.

How could the technology used to diagnose Alzheimer’s and degenerative brain diseases in pre-symptom stages be improved?
Dr Cyrus Raji: Although many research papers have been published about various brain imaging methods for diagnosing Alzheimer’s disease in earlier stages, brain MRI remains the standard imaging technique of initial assessment of persons with memory loss and suspected Alzheimer’s. Typically, brain MRI in those with suspected Alzheimer’s disease is used to rule out other ‘organic’ causes of dementia, such as large tumours or strokes. While this approach is useful, it does not specifically identify imaging signs of Alzheimer’s. One reason is that it can be difficult to visually identify specific brain atrophy (shrinkage) suggestive of Alzheimer’s based upon visual assessments alone until the Alzheimer’s is severe, at which point it is hard to help patients.

What are some of the repercussions of misdiagnosing brain diseases?
Misdiagnosing Alzheimer’s – or failing to spot it early – can result in losses of up to $14,000 a year. For families, the ordeal is burdensome, leading to inconclusive medical assessments known as ‘diagnostic odysseys’. Having the correct diagnosis allows patients and families to have a clear idea of what to do. In the case of Alzheimer’s, it includes getting medication early and preparing family resources for subsequent decline in patient function. Consequently, getting the right diagnosis is important.

In what ways does Neuroreader improve on existing brain imaging software?
Neuroreader quantifies more brain regions – about 45 – than any other software programs released in the past. Neuroreader data from the clinical report can also be easily exported to .csv files for use in research. Neuroreader can quantify hippocampal volumes – key metrics in identifying Alzheimer’s – against expert neuroanatomical tracings with an agreement of up to 91%. Also important, we found that this level of hippocampal quantification was sustained, regardless of whether we used the newest 3.0 Tesla MRI scanners, or older 1.5 Tesla versions. This finding shows that we can provide access to Neuroreader data to more patients and their doctors.

How effective is Neuroreader in helping diagnose brain diseases?
Neuroreader data, in conjunction with other clinical data, can be very helpful in diagnosing brain diseases. Hippocampal atrophy identified by Neuroreader in elderly patients with cognitive decline can be very useful in suggesting the diagnosis of Alzheimer’s.Earlier this year, a study published in Aging showed that increases in hippocampal volume in response to an experimental Alzheimer’s treatment programme could suggest recovery of function in the disorder. In August 2016, we showed in the American Journal of Geriatric Psychiatry that Neuroreader can suggest the diagnosis of chronic traumatic encephalopathy by identifying longitudinal atrophy of the brainstem. That same paper also showed improved volume and health of the hippocampus in that same patient after they adopted a brain-healthy lifestyle regimen. Thus, Neuroreader can also identify improvements of brain health in addition to disease.

What are Neuroreader’s applications?
Neuroreader can be used to identify early hippocampal atrophy on persons with cognitive decline suspected from Alzheimer’s dementia. Such information can lead to implementation of appropriate medicines and lifestyle interventions. Neuroreader can then be used to determine if brain atrophy is improving as a function of treatment response. Other dementias that Neuroreader can be helpful in identifying are frontal temporal dementia and primary progressive aphasia. It can identify brain atrophy from head trauma, which is often not recalled by patients, especially if it’s a mild traumatic brain injury. Neuroreader can identify amygdala atrophy in the setting of chronic or severe depression and cerebellar atrophy in chronic alcoholism. Other applications include hippocampal quantification in mesial temporal sclerosis.

How can Neuroreader be better incorporated into brain research and clinical practice?
Neuroreader can be used to study a variety of brain diseases across the lifespan that can affect brain structure including Alzheimer’s and head trauma. It can be used in clinical trials to examine treatment responses of disease such as Alzheimer’s that are known to accelerate brain atrophy. It can also be incorporated into clinical practice to quantify brain structure on MRI scans in any person who has memory or cognitive issues. Data from a Neuroreader report can be shared with patients and their families to educate patients about their disorder and provide benchmarks for change in Alzheimer’s prevention programmes. Such actionable information will significantly advance patient care and research.