The second case study is on Longitudinal Imaging of AD.

We are presented with a 69-year-old woman with memory loss and depression.
She has had a series of four MRI scans over the course of seven years (year 1, 3, 5 and 7).

Over time, there is progressive atrophy noted around the hippocampus, as evidenced by the increased CSF, or cerebral spinal fluid around the hippocampus. We can also see that there’s progressive increase of the CSF space corresponding to the atrophy, which is also noted in the Neuroreader® Report with red lines connecting the dots from normal range to kind of the threshold boundary of abnormal and also, progressively abnormally low volumes from ages 62 to 69.

Delineating memory loss and depression can be very difficult because individuals with late life depression can have symptoms similar to dementia. Therefore, being able to track the extent of volume loss in the hippocampus and that progressive nature of this volume loss increases the confidence that this is related to Alzheimer’s disease.

If we take the same case by using one of Neuroreader®’s features that looks at longitudinal volume loss, we can track very similar information across the hippocampus. The dots are connected across all these time points. Now we can see that not only is the hippocampus shrinking, but there is also progressive volume, which goes for the frontal lobe, temporal lobe, parietal lobe, and occipital lobe. Interestingly, the frontal lobe is technically within the normal range the entire time, but the progressive atrophy or shrinkage definitely conclude clinicians into the reality that something is not right. And, as noted with Alzheimer’s disease, the temporal lobe, or atrophy, tends to be very pronounced. Ultimately, the fact that we see more temporal atrophy earlier than the frontal lobe atrophy indicates that this is an Alzheimer’s process.

The occipital lobe eventually does become atrophic. But in the first three time points, it’s still within the normal range. Interestingly, the lateral ventricles, which expand in dementia, are very stable in this case. This could be because we are still catching the disease process early enough that we haven’t had time to see the ventricular expansion that we expect in Alzheimer’s disease, even though we have progressive atrophy over the course of several years.

We can also note ventricular expansion in other forms of dementia and memory loss, such as normal pressure hydrocephalus. The fact that a lot stay naturally stable is interesting because it suggests that the atrophy seen elsewhere is catching the process earlier than just the lateral ventricle expansion alone. The reason that the focus is on this finding is because lateral ventricle expansion is often commented on in radiology reports as indicating atrophy when it’s thought to be related to that cause. But it is not a very specific way of describing the etiology of that cause. We can really understand this that by looking at the hippocampal, temporal, and parietal lobe in particular.

The next case study is on traumatic brain injury. In this particular case, we have a 62-year-old woman, who was rear ended in a motor vehicle collision with persistent post concussive symptoms, including headaches, sensitivity to light, memory loss, and attentional difficulty. Unlike the other Alzheimer’s cases we’ve seen, we don’t see volume loss in the hippocampus.

Rather, what we see in this case is the ventral diencephalon as well as the pallidum. And as is often typically the case of traumatic brain injury, the atrophy is asymmetric based on the directionality and area of impact. In a motor vehicle collision, for example, we can see that the ventral diencephalon is pretty abnormal on both sides, but asymmetrically worse on one versus the other. And then, of course, on the right pallidum there’s asymmetric volume losses (highlighted in the Orange in the Neuoreader® Report).

Both sides are abnormal because the Neuroreader® Index of negative nine with a 27th percentile is not that far off from the 25th percentile. Ultimately, we can still see that these areas are abnormal. The asymmetry is something we definitely note in traumatic brain injury.

We can also see when looking at the cerebellum, even though these areas aren’t technically abnormally low, there’s an asymmetry in terms of how much the volume loss is worse on the left cerebellum compared to the right. Therefore, even being in the normal range, we can relate this to a possibility of traumatic brain injury related damage.

Cr. Cyrus A. Raji et al. have published work on this in the Journal of Alzheimer’s Disease showing that individuals with a history of traumatic brain injury and cognitive impairment, with the TBI being most commonly, motor vehicle collisions typically have low volumes in exactly the areas that are described, in this case, the ventral diencephalon and the pallidum.

There are other regions that can be affected as well, but these are characteristically depicted in this sort of group. It is different from Alzheimer’s disease because you don’t have a hippocampal dominant area.

We can see the hippocampus, but it is the least atrophic of any of the other regions.

These are rank orders, which means that the most atrophic regions are in the top and

the least atrophic regions are in the bottom.

Given there is a presentation of cognitive decline and memory loss and traumatic braininess injury groups, being able to identify volumetric signatures that can favor one diagnostic possibility over the other, becomes very important. 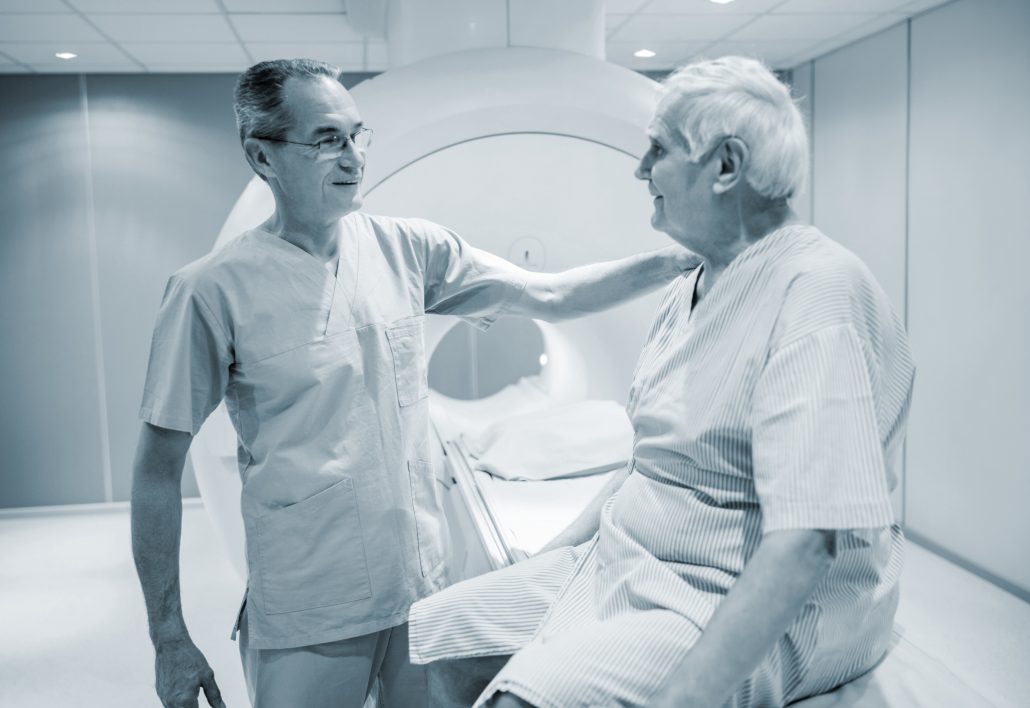 Do you want to know more about our product? Fill out the form below and we will get back to you as soon as possible.